Account of the Louth Flood by Helen Sharpe, a pupil teacher 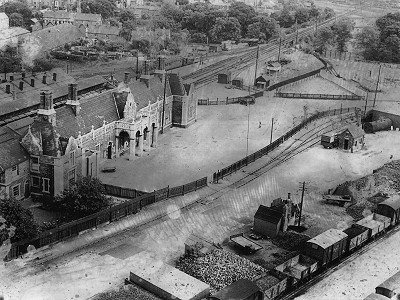 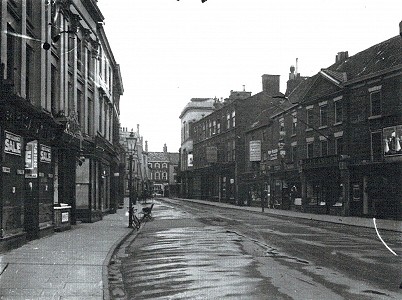 Saturday afternoon 29th May 1920, seemed of no special significance in the village of Benniworth, when with my mother I walked the mile to South Willingham station where we boarded the 1.48 train for an afternoon in Louth.  The dull weather, with little more than a hint of rain, was in no way an indication of the harassing incidents we were to witness before our return.

On that memorable afternoon, most probably the wisest decision I ever made was that of wearing my new hat.

Arriving in Louth at about 2.15 we walked, in a leisurely manner, down Ramsgate, pausing in Eastgate to look at the shops, before going into the Market Hall where we bought a selection of boiled sweets.  (I am sure the pink and yellow pear drops would be included in our choice.)  As usual, although not prospective customers, we gazed admiringly in the jewellers, before moving into Mercer Row where, at Topliss & Co, Drapers, mother was to have a fitting for her new dress, which was the purpose of our visit.  Miss Chester, in charge of mantles, (does the term not serve as a reminder of obsolete departments?) welcomed us warmly and in due course the dress arrived.  The whole operation seemed to be far too lengthy, but as with hats, new dresses in the 20s were not taken lightly.

By the time the business was concluded Forman’s Cafe seemed particularly attractive and before long we were both enjoying tea and cakes.  Mine I know would be choux pastry, full of thick squelchy cream.  Shortly after 4.30 I persuaded mother to begin our mile walk to the station.  The sky was overcast and a storm seemed to be brewing.  Fortunately for us both she agreed and at a slow pace (my mother did not find it easy to hurry) we set off.  Very soon we needed our umbrellas and by the time we reached Ramsgate the rain had increased in violence.  Completely unaware of the approaching danger, our one thought was to reach the station before we were wet through.  By the time we arrived at the fairly steep incline we were in a safe zone.  Nevertheless we continued to hurry.  The responsibility of my hat rested heavily upon me!

After going through the barrier (I have since wondered if Mr Pickering the pupils’ friend was on duty) we made our way to the Ladies Waiting Room where we intended spending the 25 minutes which must elapse before the departure of the 5.40.  Our parcels had scarcely reached the table before a ported rushed in exclaiming loudly, “There’s a flood”.  By this time the rain was less heavy and in company with the station staff (our parcels and my hat left on the table) we walked to the top of the incline from which we could view the scene in safety.

To my amazement a wall of water nearly six feet high was moving along Ramsgate with a force almost unimaginable. As it raged round the corner into Ramsgate Road it demolished the end house before continuing its journey of devastation.  The sight of seeing much of this house swept away is one I never forgot.  The most poignant scene was that of an old lady, kneeling at the upstairs window of a house in the same row, with outstretched hands praying to be rescued.  The bright pink of her little woollen cape served as a beacon to would-be helpers.  Courage which was evidenced throughout these tragic events was not lacking in this instance, and she was eventually rescued by a group of men.

Swept by the torrents, a pig finally came to rest in the porch of an inn at the corner of Newbridge Hill.  His strange companion, once a beautiful but now bedraggled rooster, lay by is side.  We did not see the destruction of three houses opposite the end of James Street but the cries for help were clearly heard.  Later we learned that the changing of course by the water may have saved both life and property in James Street, but resulted sadly enough in loss of life in Ramsgate.

By about 6 o’clock not unwillingly we retraced our steps.  Conscious an of inability to help, our thoughts again turned to home.  Not until 6.30 was it decided to run the Lincoln train as far as Withcall.  As a safety precaution, until the cuttings between Withcall and Donington, and Donington and South Willingham, had been surveyed, no train would be allowed to pass beyond that point.  Through the kindness of Mr Ward of Withcall House my mother and I were taken the rest of our journey by car, arriving home about 7.30, where we received a warm welcome.  While no details of the flood had yet reached the village, the heavy rain and non-appearance of the 6.07 train had occasioned concern.

Owning to the damage to the bridge over the River Bain, the railway service between Lincoln and Louth was cancelled for about ten days.  This seemed a respite to me.  I felt I never wanted to visit Louth again.  However, with the resilience of youth this passed and a fortnight later I joined the train girls, each with our own bottle of water, and returned to school.  As the Technical College in James Street had suffered heavy damage, the Louth Pupil Teachers’ Centre was now housed in the Congregational Sunday School, where it was to stay until the end of term.

Throughout Lincolnshire collections were taken for the Flood Relief Fund, and some weeks later we went to college to assess the damage to property, still in our mud-filled desks.  Eventually I received £2 compensation.  Well I remember buying a pencil box with a sliding lid, and a red-covered Bible, the latter for 4s 6d.  My shoe bag, ward shoes and gym shoes had already been replaced by my mother.

Our headmistress, Miss S A Winnall, suffered much damage to her personal property in the college.  However, Mr F B Eve of Ivy House in James Street provided storage in some disused stables, where her beautiful antique furniture could be examined and cleaned.  The following year Miss Winnall left us to be married to Mr Eve.  Many of us felt that through the flood we had lost a dearly-loved headmistress.