Epidemics in Louth, and the Saturday Pits 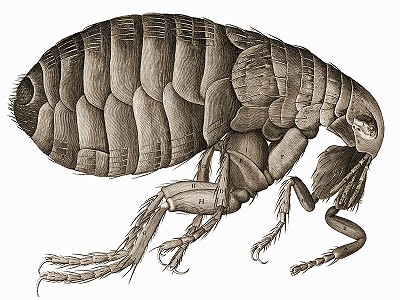 Flea, that lived on rats 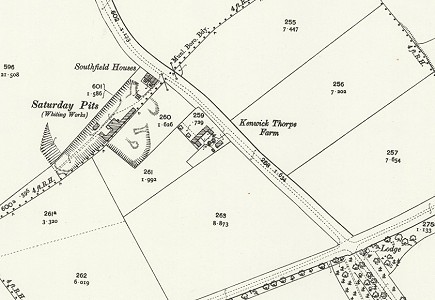 The Covid-19 pandemic has prompted me to look again at historical epidemics in Louth.

A devastating outbreak of plague known as the Black Death swept across the country in 1348-9.  It was caused by bacteria carried by fleas that lived on rats.  Between forty and fifty per cent of Louth’s population may have died, yet the town seems to have recovered from this grievous blow remarkably rapidly and quickly re-established the steady growth enjoyed before the plague struck.

More than 200 years later, the arrival of the plague in 1587 again devastated the town.  Over four hundred people died between April and December.  The markets and fairs all had to be cancelled and for some months the town was cut off from the outside world.  Some families were almost entirely wiped out.  In four days William Mitchell buried his wife and four children, and Edward Glasborough lost five sons and a daughter in the space of a fortnight.  Censuses of numbers of communicants before the plague in 1587, and afterwards in 1605, show that the population declined substantially.

A further devastating attack of bubonic plague in 1631 is said to have killed about 754 people in Louth, more than a third of the total population.  But the town did recover again, at least partially; just over twenty years later, in 1657, an official estimate reckoned that there were four hundred families in the town, probably about 1,600 people in all.

You may be familiar with the Saturday Pits, located at the southern end of Kenwick Road.  This site was used as a temporary market in 1631 because the plague meant that it was no longer safe for villagers and townsfolk to meet in the normal market place in the centre of the town.  The people from the surrounding villages brought their food products for sale, but would get no closer than shouting distance to the townsfolk; they would retrieve their money after it had been washed in vinegar and ‘every spell and flourish of exorcism’ had been performed over it.