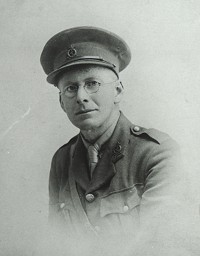 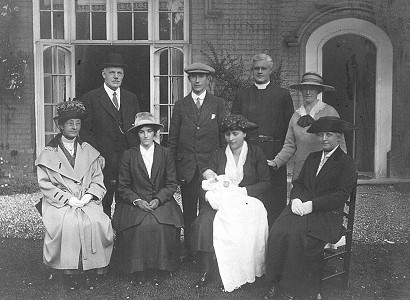 Dr Higgins was a general practitioner who lived and worked from his home in Bridge Street.  He was the one of the outstanding heroes of the Louth Flood of Saturday 29 May 1920.  In the week following the flood, several national newspapers published accounts of his bravery.

Just before the flood struck the town, Dr Higgins had been called to a confinement in Ludgate, a small street leading from Chequergate towards the river.  Mrs Kirman was in labour with her first baby.

He was in the bedroom when the impact of the water was heard.  The bottom part of the house was rapidly flooded, and the woman’s husband came upstairs.  Slowly the water crept in until it covered the bedroom floor and was within a few inches of the mattress on which the woman lay.

At length the husband, desperately seeking help, jumped through the bedroom window into the rushing torrent 11 feet deep, which was tearing down the street.  He could not swim, and was at once in difficulties.  Dr Higgins had a downing man outside and a woman needing his attention inside.  He jumped through the window after the man.  They managed to cling to a wire.

The doctor then swam to a roof and, finding a ladder, pushed it out to the man and drew him to safety.  Dr Higgins then dived back into the flood from the roof and swam to the open window of the patient’s bedroom.  He brought the woman safely through her confinement, and then, making his way over the roof, conducted her and her child safely to hospital.

The doctor then returned to the scene of the disaster and brought five children to safety over the roof, which was ready to collapse beneath him.  Then he proceeded with the work of rescue until late at night reaching home to find his own house had been devastated by the flood.  Windows were broken, furniture was floating about, and the whole place was thick with mud.  His car and his summerhouse were both wrecked and they can be seen in photos taken after the flood.

When asked about the events of that Saturday, Dr Higgins smilingly refused to acknowledge his bravery.  “We have all had to do something”, he said, “so I just did what I could, that is all.”

William, known to his friends as ‘Willie’, was the second of three sons of Louth doctor Dr Thomas James Higgins and his wife Hannah. Born in Louth on 22 Mar 1878, he attended Louth Grammar School and Cambridge University, and his further degrees included MRCS, MA, MB, BCh, MD and FRCS.

For a while Willie Higgins worked in the East End of London; he commenced medical practice in Louth under his father in 1904, and following his father’s death in 1910 he was appointed medical officer and public vaccinator for the Welton District.  In 1911 he married Francis Brandon in Carlisle. The couple did not have any children.  In World War I William served as a Captain in the Royal Army Medical Corp.

Dr Higgins died in 1930 at the age of only 52, at the Shaftesbury Hotel in Liverpool; he had become ill while returning from a holiday cruise.  His funeral was held in St James’ Church, Louth.  It was described as one of the largest funerals seen in Louth for many years, and there was sincere expression of grief in the large congregation; he is buried in Louth Cemetery.

His obituary in the British Medical Journal said, ‘His breezy personality, warm-hearted devotion to his patients, loyalty to his colleagues, and exceptional oratorical abilities made him a notable figure in Louth, both professionally and personally.  He was a fearless and resourceful surgeon, and his valuable work at the Louth hospital was highly appreciated’.