Louth as a family surname 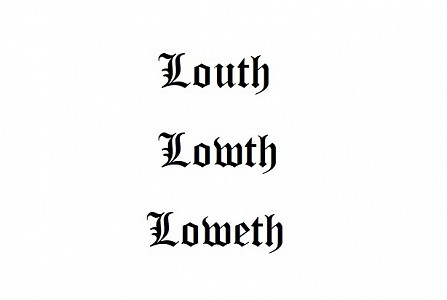 Louth was also written as Lowth and Loweth 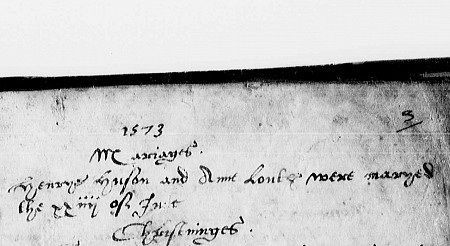 A correspondent asked who the earliest recorded person named Louth was, living in the town of Louth.  The narrow and specific answer is that the first record I found of a person named “Louth”, in Louth was that of John Louth who was buried in St James’ Church, Louth on 29 Jul 1816.

To answer the query more generally, surnames began to be used in England after the Norman conquest of 1066.  Initially they were used to distinguish between people, perhaps according to their occupation or place of origin.  For example, if there were two Williams, and one worked as a smith and the other came from Louth, they might have been called “William Smith” and “William Louth”.  After a while surnames began to be inherited.  So, William Louth’s descendants might have been William Louth, Mary Louth and John Louth, even though they personally had never lived in Louth.

It is therefore likely that the first use of Louth as a surname would have been not in the town of Louth, but in the surrounding towns and villages.  The first record I found of a person called Louth, was the 1573 marriage of Anne Louth in Barnoldby-le-Beck, a village about 13 miles north of Louth.  She married Henry Huson, probably pronounced Hewson.

But of course, there would have been people called Louth (or its variants) before this.  There was no systematic registration of births, marriages and deaths until parish registers were introduced in 1538 shortly after Henry VIII established the Church of England.

In his book, “A History of Louth”, Dr Richard Gurnham wrote about the origin of the name Louth.  It is derived from the name that the Anglo-Saxons gave to the river that flows through the town, the “Hlud” or, as it later became known, the Lud.  The word also means “loud”.  Normally the Lud is a quiet little stream, but when there has been heavy rain on the Wolds, it can become a raging torrent, as it did in the summer of 2007, and on 29 May 1920.

On reading a draft of this blog, Gill Chatfield helpfully commented that in 1549 the vicar of St James’ Church was John Louth.  Also, Nick Louth, thriller writer and financial journalist, now lives in Louth.