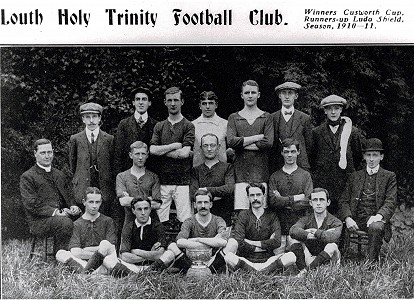 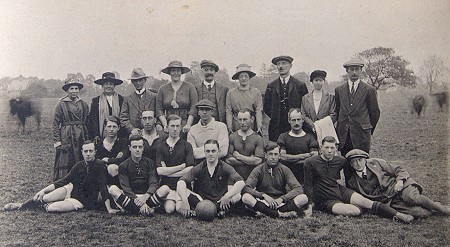 The build-up to the England v Italy Euro Final prompted a look at photos of football teams in the Louth Museum collection.

The Holy Trinity team were winners of the Cusworth Cup in 1911.  This was a competition in the Louth and Horncastle areas that was inaugurated in 1901, and continued at least until the early 1950s.

The second photo shows the 1920 Legbourne team and supporters.  The people in this photo knew the rules of early 20th century photography and kept very still while the photo was being taken, but the cattle in the background produced blurry images as they were curious and moved forwards to see what was happening.