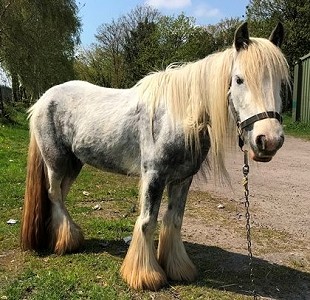 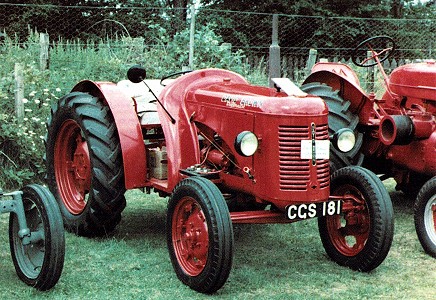 In this pre-Christmas post, I felt we needed an easy-to-read story.  This is an extract from the memoirs of John Barker, who for many years worked for Louth Borough Council.

All our direct labour work was done from the Spout Yard Depot, the plant having been centralised there just before I came to Louth in 1958.

Our total mechanical equipment was two three-ton lorries, one old Bedford lorry which could be fitted with a snow plough, two foreman’s vans and a horse and cart.  It was all rather like ‘toy town’.  There was a stable in the depot and a ‘horse man’ called Barker (no relation!), who was very much attached to our white carthorse horse called ‘Daisy’, and he looked after and fed her every day of the year.  The horse pulled a cart, and sometimes the ‘dilly cart’ for hand gully emptying, and she pulled the ‘tar pot’ in summer for road surfacing work when required.

After I had been in Louth several years Daisy became rather unfit to work.  She was put out in a grass field the Council owned on St Bernard’s Avenue, and the Council tenants and children in that area used to bring her carrots and food to eat.  She then became very unwell and could hardly walk, but no one wanted to have her put down as she was such a favourite.  In the end the Surveyor asked the Committee if he could have her put to sleep.  I remember at that Committee Meeting he was accused by one member of wanting to get rid of the horse so that he could buy a tractor for the depot, which was totally untrue.  The Committee, quite rightly, agreed that the horse must be put down as she was suffering.  I went out of the meeting and rang the horse knacker and arranged for him to come to the field next morning at 6.30 am and take her away.  I also arranged for the police to be there as we thought we might have some problems with the local residents if the news leaked out that we were going to have her destroyed.  I went down to the Wood Lane field next morning at the agreed time and a policeman attended, on a bicycle, but everything went off peacefully.  The old horse was so frail it was difficult to walk her to the rear of the lorry to put her down and take her away.

However, the story did not end there.  That evening Barker, the horse man, was so upset at the loss of Daisy that he went to a pub and had so much to drink that he was arrested by the police for being drunk cycling home.  He was put in a cell until next morning to sober up.  The story of Daisy was also picked up by the national press.

As the purchase of a new horse with all the maintenance costs could not be justified, the Council then obtained a small tractor with a front loader bucket for the depot.  I remember visiting the factory at Meltham Mills, near Huddersfield, where ‘David Brown’ tractors were manufactured.  The machines were very basic in those days.