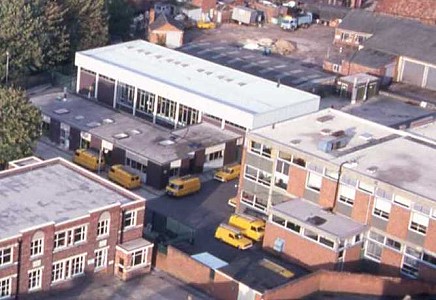 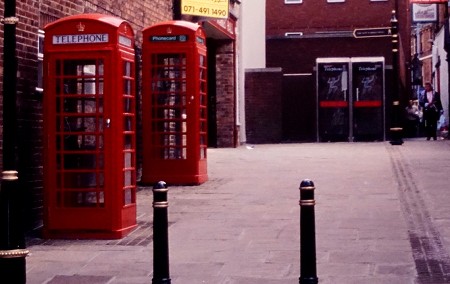 In the museum we have a copy of an article published in the Louth Standard newspaper in June 1999.  It begins, “Louth has been on the phone for 100 Years”.  I found it so interesting that I’m quoting several excerpts from it.  My additional comments are in square brackets.

This wonderful device first came to the town in 1899, when the National Telephone Company opened its exchange at 7 Cornmarket Louth [now ‘The Saucy Lady Deli’], for a handful of local subscribers.  Louth exchange, according to the records, had its Cornmarket premises on a 21-year lease at £25 a year.

The first telephone call came in 1876 when Alexander Graham Bell managed the first electrical transmission of intelligible speech in Boston, USA.  In the early years, phone users were a rather exclusive club, thanks to the comparatively high cost of the equipment.  Installation and rental were said to be about the same as employing a housemaid for a year.  A century ago the only international call available was London to Paris and that cost eight shillings (40p) for three minutes.

[In 1999] the exchange is situated in Chequergate [see 1982 photo of buildings with yellow vans parked outside], is fully automated and serves 18,000 lines, handling millions of calls. [Now in 2022, the large telephone exchange built in 1965 in Chequergate has been empty for several years.  With the coming of digital technology in the early 2000s, it is no longer needed.]

[The second photo shows four phone boxes in Rosemary Lane in 1991; now that mobile phones are ubiquitous, phone boxes too are largely redundant.]