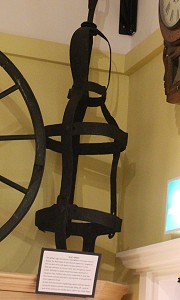 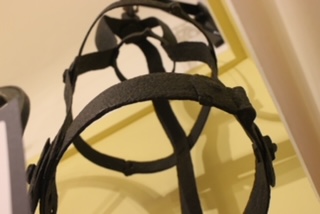 This terrifying instrument once encased the body of Lincolnshire murderer John Keal. Born in Bardney Darys, a village near Lincoln in the late 17th century, Keal was the son of a wealthy farmer. He was known to have a bad temper which only worsened with age and when his parents died, he squandered away their fortune.

Looking for a wife and money, Keal soon found a girl with £100 to her name and managed to rent a small farm in the village of Muckton, around 3 miles from Louth. Their marriage was not a prosperous one, and within a short time, they were thrown into poverty with John only being employed out of charity by his family. After 15 years, Keal was widowed and was employed by Mr Lister (of Burwell) where he found his second wife in the form of a maidservant.

They had three children together but Keal was a nasty husband and suspected his wife of having an affair. One day in a fit of rage (these were not uncommon), he pulled the smallest child from the crib claiming that he was not its father, and chopped off its head. Whilst his wife was trying to save the child, Keal stabbed her in the back and the throat, killing her. Hearing the noise, the neighbours came and reported him to Justice Atkinson who committed him to Lincoln Castle.

John Keal’s trial was six months later and he pleaded not guilty. When the death of his wife and child were mentioned he didn’t show any remorse and was reported to be a ‘hardened soul.’ The judge sentenced him to execution. Afterwards, because his crime was so heinous, he was taken down and hung up again in the gibbet to be picked at by birds until his body fell to pieces. The gibbet was placed in Louth on the junction to Legbourne Road.

Gibbets, also known as Gibbet Irons and Gibbet cages were in use until around 1839 and very few survive to this day. You can see this one in Louth Museum!