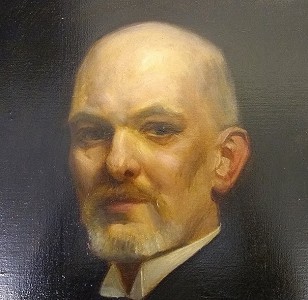 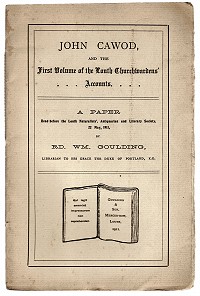 One of the many papers written by Goulding

Richard W Goulding (1868-1929) was one of a group of teenage boys whose meetings in the 1880s led to the foundation of Louth Museum. Like many boys of that time he had collected butterflies, moths and beetles. At the age of 15, in 1884, he and four friends started the Louth Naturalists’ Club. This eventually became the Louth Naturalists’, Antiquarian and Literary Society, still a thriving society today. It is always referred to locally as the ‘Ants and Nats’, and is the society which owns and is responsible for Louth Museum. He remained interested in the natural world throughout his life, and wrote many articles for leading journals of the day.

Richard Goulding was born in Louth, where he lived and worked until he moved to Welbeck Abbey, near Worksop, in 1902. There he was the private librarian of the 6th Duke of Portland. He was perhaps appointed because of his wide interests, as well as his background in the family stationers’ and printers’ business in Louth. His own extensive library forms a research collection in Louth library. The catalogue of this runs to 150 A4 pages. Goulding wrote many papers and books himself on a variety of subjects, including a catalogue of the Portland miniatures at Welbeck Abbey.