Boris Johnson might stand for the parliamentary seat of Louth? 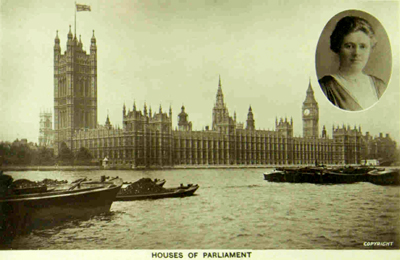 Recent speculation that London Mayor Boris Johnson might stand for the parliamentary seat of Louth and Horncastle when Sir Peter Tapsell retires prompted a look at Louth’s earlier MPs.

Eighty-four-year-old Sir Peter is known as the “Father of the House” because he is the longest-serving Commons MP, having first entered the house in 1959. Sir Peter was preceded in Louth by four Conservative MPs: Michael Brotherton; author Jeffrey Archer (1969–74); Sir Cyril Osborne (1945-1969); and Sir Arthur Pelham Heneage (1924-1945).

Before these, were Liberal MP Tom Wintringham and his wife Margaret. Tom won the 1920 by-election, memorable because it coincided with the disastrous Louth Flood when 23 people drowned. Tom Wintringham’s sudden death in 1921 triggered another by-election which Margaret won, becoming the first female Liberal MP and only the second woman to take her seat in the House of Commons. In her four years in Parliament (1921-1924) Margaret Wintringham, a teacher by profession, campaigned for equal pay for women and for state scholarships for girls as well as boys.