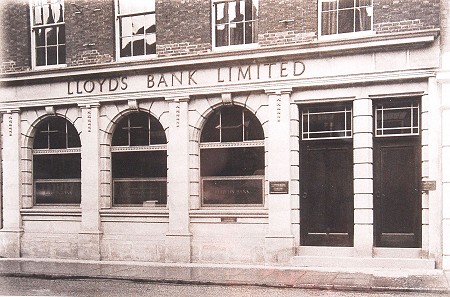 The new 1918 frontage on Lloyds Bank 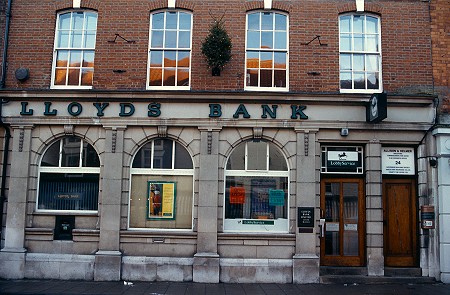 One hundred years ago in 1918, Britain was at war. But on the home front, things continued to function and to develop. In Louth the frontage of Lloyds Bank at 24 Mercer Row was rebuilt by Mawer Bros, and is clearly recognisable today. This bank had formerly been the Capital & Counties Bank, and the incentive for the new look in 1918 was the take-over by Lloyds Bank.

The first bank on this site had been established in 1754 by Boston corn merchant and banker William Garfit. The Garfit family lived in Kenwick Hall from 1888 to 1925. The Capital & Counties Bank took over from Garfit & Co in 1891. This bank in Mercer Row claims to be the oldest branch of Lloyds Bank still operating from its original building.

While researching this I realised that Lloyds Bank never had an apostrophe in its name; in contrast Lloyd's of London, the shipping insurers, always does!