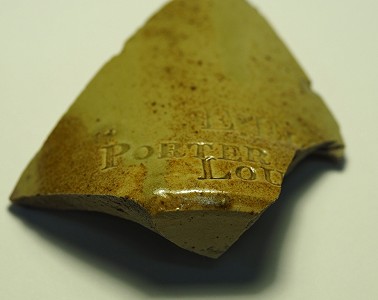 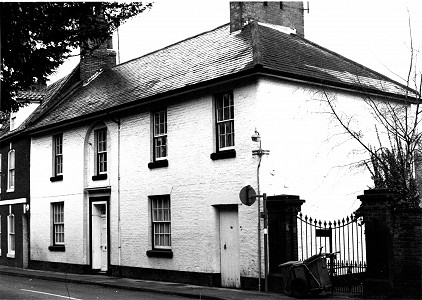 One of the pleasures of working in Louth Museum is the variety of items we have, and the team of people who have detailed knowledge of diverse topics.

I started searching for 19th Century porter sellers in Louth with the initials EE, but didn't get very far. Then I spoke to Andy Cooper, who has an impressive collection of Louth bottles. He instantly suggested E Elger. Sure enough Edward Elger was a porter dealer with vaults in Westgate.

Edward Elger died in August 1844 at the age of only 43, which explains why bottles bearing his name are rare. His young wife Ann gave birth to their only surviving child a few months later; she sold the business, and moved to Cleethorpes where she ran a successful boarding house.

Elger's business in Westgate was briefly continued by George James Marshall, but the following year Marshall moved to the George Hotel, and the Westgate premises were converted into a private residence. The 1845 description of the property was "a frontage of 48 feet on Westgate, abuts the River Lud to the North and has commanding views of the beautiful pleasure grounds of Mrs Leeke, Henry Pye and others." As Richard Gurnham pointed out to me, William Brown in his sketches for the 1844 panorama, helpfully wrote the name Elger on the side of the white house at the junction of Westgate with Breakneck Lane, so that gives us the exact location! It is now Number 38 Westgate, a listed building.