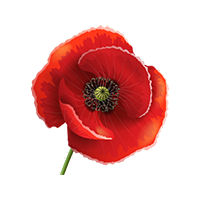 The fighting stopped in November 1918, but returning servicemen and the civilian population continued to face appalling problems, notably mental illness, influenza and unemployment.

An entry written earlier this year in the museum’s Remembrance Book reads, “John James Rooney from Louth enlisted in Lincolnshire Regiment in 1915, discharged 1917 medically unfit (shell shock) and sent to Bracebridge Heath Mental Hospital. Stayed there until his death in 1974. Buried in Louth”. Born in 1891, John was the son of an agricultural gang master who lived in Spital Hill. In 1911 John was working as a porter for P A Kelly & Sons, general dealers in Eastgate. His life can be summarised as 24 years in Louth, two years in the war, and 57 years in the mental hospital.

Influenza, colloquially known as Spanish flu, infected people around the world between 1918 and 1920 and, according to Wikipedia, resulted in the deaths of 50 to 100 million. Most flu outbreaks disproportionately kill juvenile, elderly, or already weakened patients; in contrast, the 1918 pandemic predominantly killed young adults. It is thought that the virus was not especially aggressive, but that the prevailing malnourishment, overcrowded medical camps and hospitals, and poor hygiene promoted lethal secondary bacterial infections. To maintain morale, censors minimized reports of flu in Germany, the UK, France, and the USA, but the papers were able to report the epidemic in neutral Spain which created a false impression of Spain as especially hard hit, thereby giving rise to the name, "Spanish Flu".

After a brief post-war boom, UK unemployment rose sharply and stayed high until the Second World War. The unemployment problem was particularly depressing for returning servicemen.